The Problem of the Day

This entry is part 11 of 53 in the series Homeschool

Our first day of school was Monday, but Monday was not a day for pictures and celebration as I had hoped it would be. It was a day filled with tears only God could could count (and screaming, and frustration).

It started almost the moment she woke up. I chalked it up to her needing food in her mouth and nourishment for her tummy to function. She and I are intensely similar. The situation improved with each moment of our Gathering.

Then we sat down for math (Saxon, grade 3). This specific morning math meeting I shall never fully understand, nor ever forget.

“Sam’s birthday is three days from today. What is the date of his birthday?”

I had neatly written these sentences on a card during my preparations to teach 3rd grade math. The card had a little 1 down in the corner to represent what day it would be introduced. At the end of the “meeting” I slid this across the table. “Each day you will solve a problem. We will call this the problem of the day.” I read as instructed.

The introduction of the “problem of the day” was an unexpected shock to her system neither she nor I were prepared for. “This is not a problem!” Anger coursing through each word. Repeated over and over. “They should give me something real.”

I sat, dumbfounded. The very definition of the word “problem” had been destroyed for her. And she didn’t know what to do about it. Honestly, I didn’t either. Unfortunately she also didn’t possess words to tell me how this was not a problem; only that what sat in front of her on a 3×5 card WAS NOT a problem.

All I could do was attempt to explain in between repetitions of her protests and tears to confirm her steadfast belief otherwise, that in math they call these types of sentences “word problems” because they have a question they need answered.
“But this is not a problem!“

Yes, it is a problem

Yes, this was indeed a problem. After about 7 minutes of protestation and discussion, we attempted to “solve the problem” together. We accomplished the task itself quickly.
All I could do was tell her, we will have a “problem of the day” everyday and we will work on it together. We would work out what else to call it later.

But there was another very real problem at hand: the morning meeting strip very clearly stated in a box at the bottom: “Problem of the Day.” This morning meeting strip would not be changed by our manipulations of terms. And we had not yet crossed the rapid waters from “not a problem” to “problem.”

This picture was Day 2, after the morning math meeting in which the problem of the day was slid across the table and introduced as the “problem of the day or whatever you would like to call it.” The problem was quickly solved and we moved on. This continued every day for the rest of the week.

On Thursday, we had a particularly fruitful day of schooling, so before she went to bed I asked her, “Can you tell me what you meant when you said the problem of the day was not a problem?”

She started to reply using the same words she had used on Monday. It wasn’t a problem, it was not real, etc. So, I asked her what a real problem was. As we progressed through our short conversation, she expressed that a “real problem” is when there is a breakdown in a relationship between one person and another person. She eloquently told me it would be like an argument between her and her sister (or between her and me).

This impressed me! How wonderful for her to see that the problems of our every day lives, the ones worthy of truly being called problems were relational, not educational!! And they ARE! She was not wrong in saying, “This is not a problem” in the sense that compared to true disagreements between loved ones, this was nothing, not even worthy of being called a problem.

Thankfully, she had moved on from her frustration over the definition. She would no longer quibble with what Saxon Math called a problem. She would solve their “little” dilemmas without creating one herself.

The Law of the Lesson

I have been slowly savoring The Seven Laws of Teaching by John Milton Gregory this past month. In it I have found little nuggets of wisdom for teaching in general (and for Bible teaching specifically). Friday morning, I sat down to read the section entitled Rules for Teachers under the Law of the Lesson.

The Law of the Lesson states:

THE TRUTH TO BE TAUGHT MUST BE LEARNED THROUGH TRUTH ALREADY KNOWN.

In discussing the Law of the Lesson, Gregory laid out the definition of a “problem”:

“Let us think of the process of learning lessons as akin to the solution of problems, as a process in which the learner faces a real situation, the mastery of which will involve the application of his power of thought. How is he to think?”

But when it comes time to teach math, we will just have to deal with the petty issues which Saxon math will present us. (wink)

In case you are interested, The Rules for Teachers under the Law of Learning are little nuggets of wisdom. So much so that I thought I would give you a short primer of them, praying they will bless you, dear homeschooling parent.

Where we learned the definition of problem

As a coda to my story of Saxon math “problems,” I will tell you a short story about teaching Saxon Math 1 on Wednesday with my first-grader. We started 1st grade math for her in the summer (she is completely on her own track regarding grade/age placement). On Wednesday, we were in Lesson 28. If you teach Saxon Math, you will know it provides a script for teaching. This is the sole reason I chose Saxon math in our homeschool. (Mama needs not just “help” for teaching math; she needs a script!)

The script said the following:

“This is called a number sentence.”

“We read it from left to right like a word sentence.”

Write the following on the chalk board 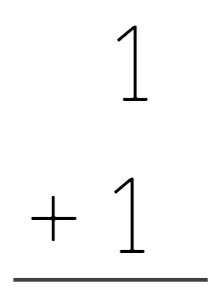 “When we write out number facts this way, we will call them problems.” {emphasis added}

Who knew tucked away in my Saxon Math 3 student’s brain from 2 years ago sat this little morsel of information? If I had known then what I know now, I would have changed my vocabulary intentionally back then. We would have been calling these by their given name for 2 years now!