This is week four of a seven week unit on the colors of the rainbow, culminating in a “review week” where we talk about rainbows.

The purpose of this unit is to teach the colors, encourage recognition and differentiation of color, and to explain the reason we have rainbows.

Our Bible verse for the unit is Genesis 9:13, 15: “I set my [rain]bow in the cloud…I will remember.”  We will be doing a lot of Noah’s ark discussion during this unit. We will also be working on a craft project throughout the unit that ties into the Noah’s ark theme.

This week our focus was blue.  We actually had done a week on the color blue way back in July or August of last year, but I never got around to posting about it or finishing our colors unit.  Thus, G has a pretty good grasp on the color already.  Still, review is how we learn; so we included blue in our color unit.

We have a number of books that emphasize colors which we read throughout the week.  A perennial favorite around here is Brown Bear, Brown Bear, What do you See?  So that got a lot of use this week – with voices for each animal and the teacher.  It is such fun to see G take out the book by herself and start saying “Brown Bear,” in a low growl.  We also used Richard Scarry books that employ the colors in telling about new words.  Since I didn’t make it to the library to get blue themed books, I just used what we have and made sure to place emphasis on the mention of the color blue.

Activities:  We were a little light on activities this week, but the ones we did were such fun!

Sensory Bin: This week’s sensory bin included a Dallas Mavericks noisemaker (a clacker), maracas, a shower sponge, bowls, a funnel, blocks, beads, a scoop, a light up ball, and rice.  G very much enjoys making music with her noisemakers and has started to connect the items to their various uses.  When she saw the sponge, she said, “Shower.”  And when she saw the Mavericks noisemaker, she said, “Go Mavs!”  (that’s our girl!) 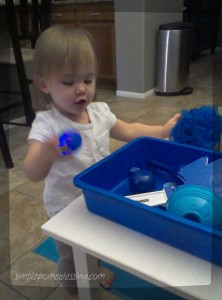 A homemade toy ended up being lots of fun for G this week.  I used a Styrofoam block and some bamboo skewers to make a stacking toy for her and she spent much time stacking and un-stacking the beads, which she calls, “beebs.”  Yes, as in Justin “the Beebs”  Beiber. 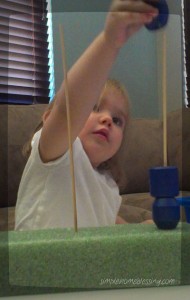 By far the biggest hit of the week was the gel beads we soaked. 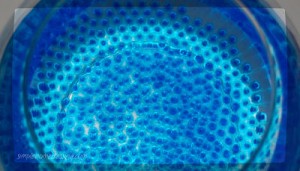 I have been wanting to teach G about growing and getting bigger lately.  She has started to understand the concept but this really helped to reinforce it.  I showed her the beads before we put them in water and told her the beads would drink the water to grow and get bigger. 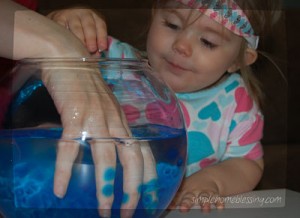 Then we checked in on the beads at various stages throughout their soaking process.  Each time, we talked about how they were getting bigger. 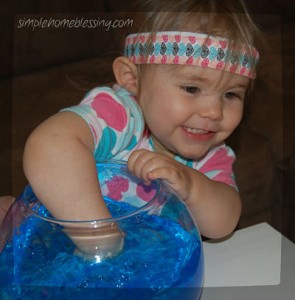 When they were finally ready, we reinforced vocabulary words like slippery, slimy, and squishy as we talked about what the beads felt like.  And then the big treat!  We threw them in the bath with us, so we could play with them some more!  Such fun! 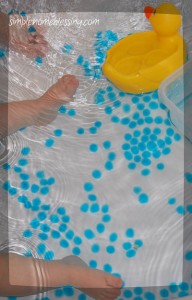 We also did a craft as part of our unit on colors.  Each week we have done an animal in that week’s color.  This week we did a bluebird toddler craft. 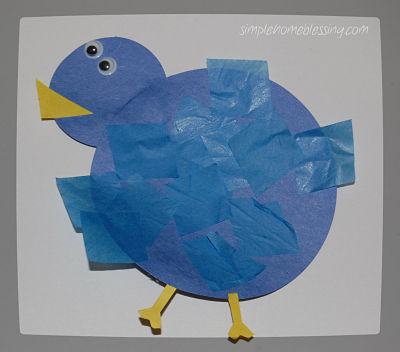 We ate with blue spoons, used blue bibs, wore blue jeans, and ate blue berries.  We looked for blue cars when we were on the road.  We pointed out blue things everywhere we went.  And we built with blue blocks a blue garage for our blue car.

That was our week in blue.  Next week is green! 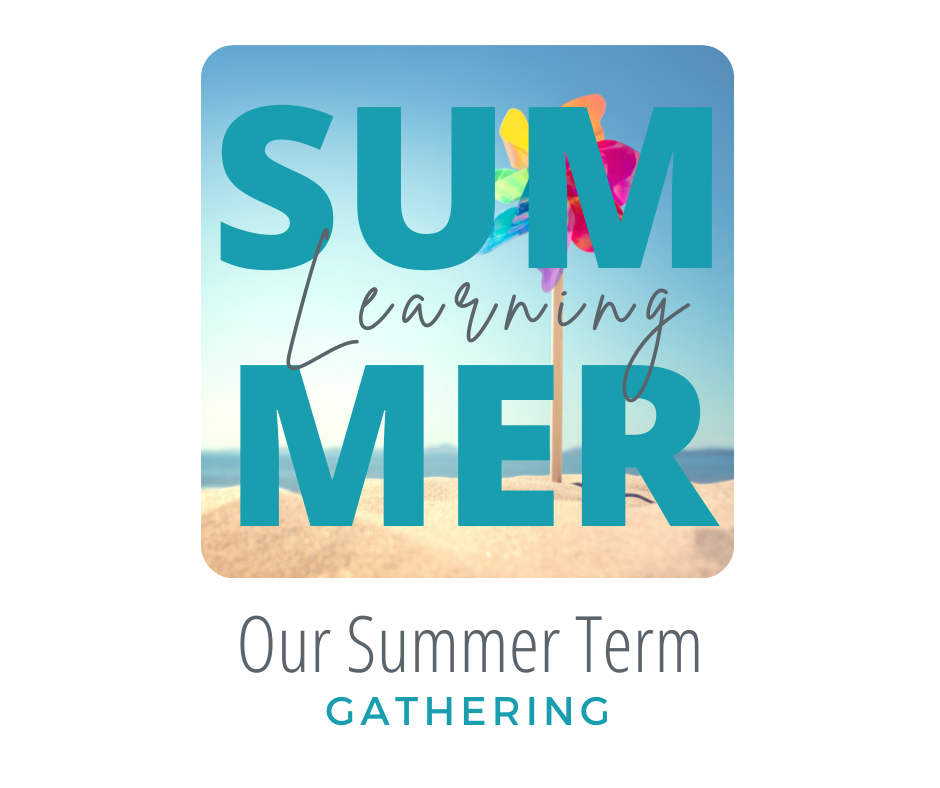 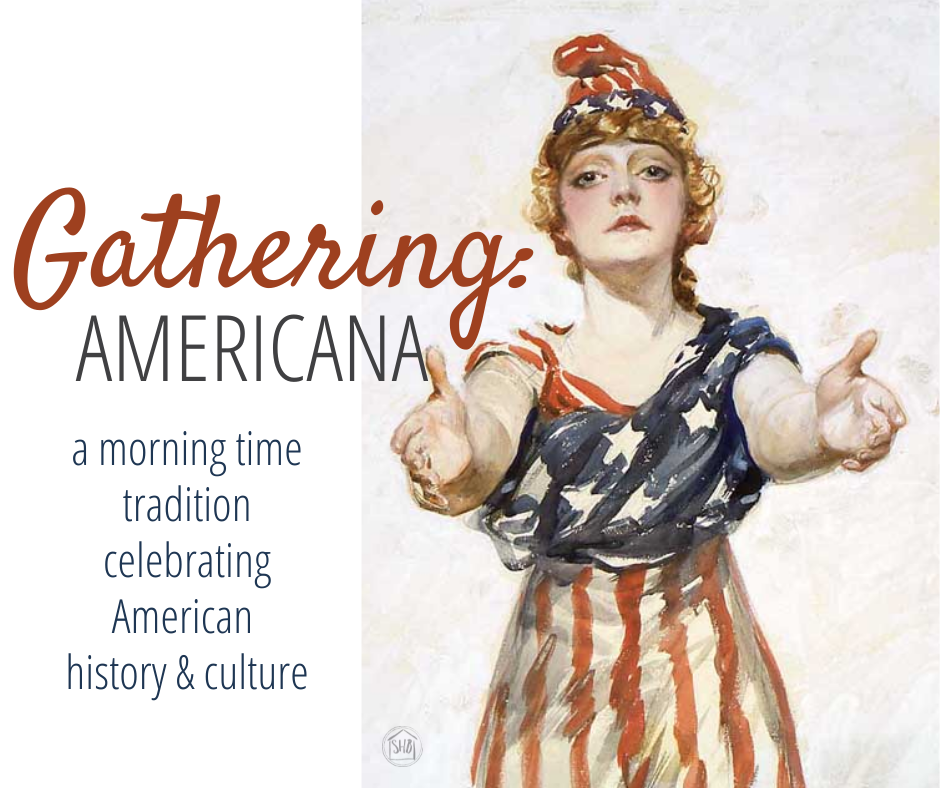 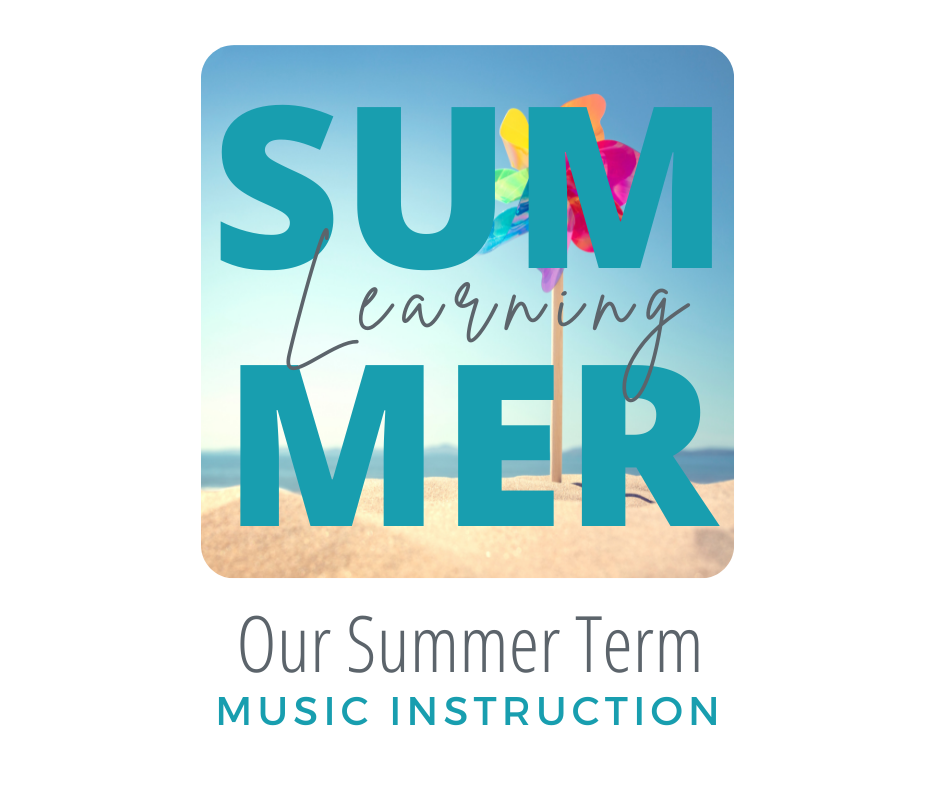 Here’s what we are doing this Summer in our Homeschool