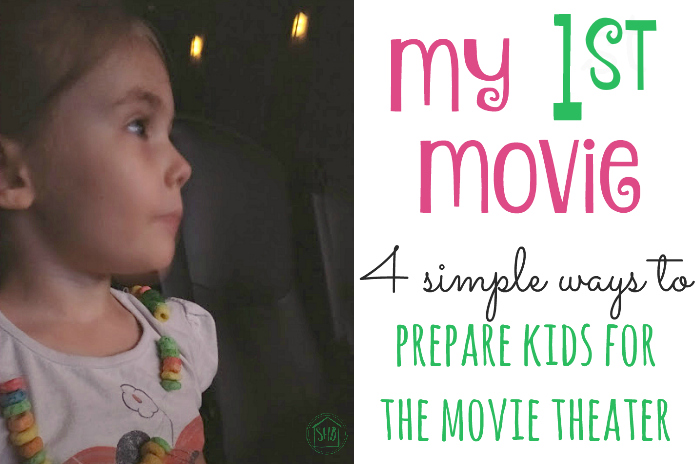 When I was a kid, I LOVED going to the movies.  I don’t really remember going much before I was in 3rd or 4th grade, but I do remember loving to go see the big screen.  Sitting in a darkened room with a ridiculous amount of popcorn in front of me and escaping into another world for almost two hours remains one of my favorite things to do.  But now, with 3 kids under 5, going to the movie is a rare (and beautiful) thing.  And taking them along with us is like seeing a unicorn – it hardly ever happens!

We try not to over promise and under deliver around here – just in general, it keeps the tantrums at bay.  So, instead of telling W ahead of time when we were going to the movie and what we were going to see and all the details.  I sprinkled in some hints about our trip to the movies early in the week.  First I started with a project – more on that later that was for a special event.  Then as we started the project, I said we were making them for a special event later in the week.  And a little later, I told them, “We are going to see a movie!!”  The morning I was planning to take them to the movie, I revealed that today was indeed the day.  And only on the way to the movie theater did I tell them the name of the movie we were going to see.  Sprinkling my own trail of bread crumbs for the girls to follow helped to create excitement and anticipation, instead of the anxiety that often comes upon W when she is dropped into new situations.

Our girls are like many, many other kids – they have a comfort item that truly gives them comfort.  So, of course, we wouldn’t dream of going to such a big event at a movie theater without taking them!  Before we headed out for the big day, I made sure that W brought her Georgie (who is a she, and whispers secrets to W in her ear).  And since G (W’s big sister) was along for the ride, she brought her Blanket (who is also a she and doesn’t talk to anyone but G).  Having these comfort items with us makes the girls instantly more comfortable in every situation – but especially in new ones.

Build your own snack

Before we went to the theater, I tried to think of something yummy we could take with us; but I don’t agree with stuffing my purse full of popcorn and snacks.  Instead, I got out some fruit-y cereal and some gummy candies and let the girls make their own “candy necklaces.”  It was so fun for them to build their necklaces!  I suggested that they string on 10 cereal pieces and then one gummy, and then repeat.  They enjoyed counting, pattern making, threading the necklaces, and sneaking a piece of cereal here and there!  When we got to the theater, I gave them their necklaces and showed them how to use them – they have not been subjected to the “real ones” – oh, they are awful!  They LOVED snacking on them throughout the first few minutes of the movie.  And the snacks helped to settle them in during the sensory overload that is the beginning of a movie in a theater. 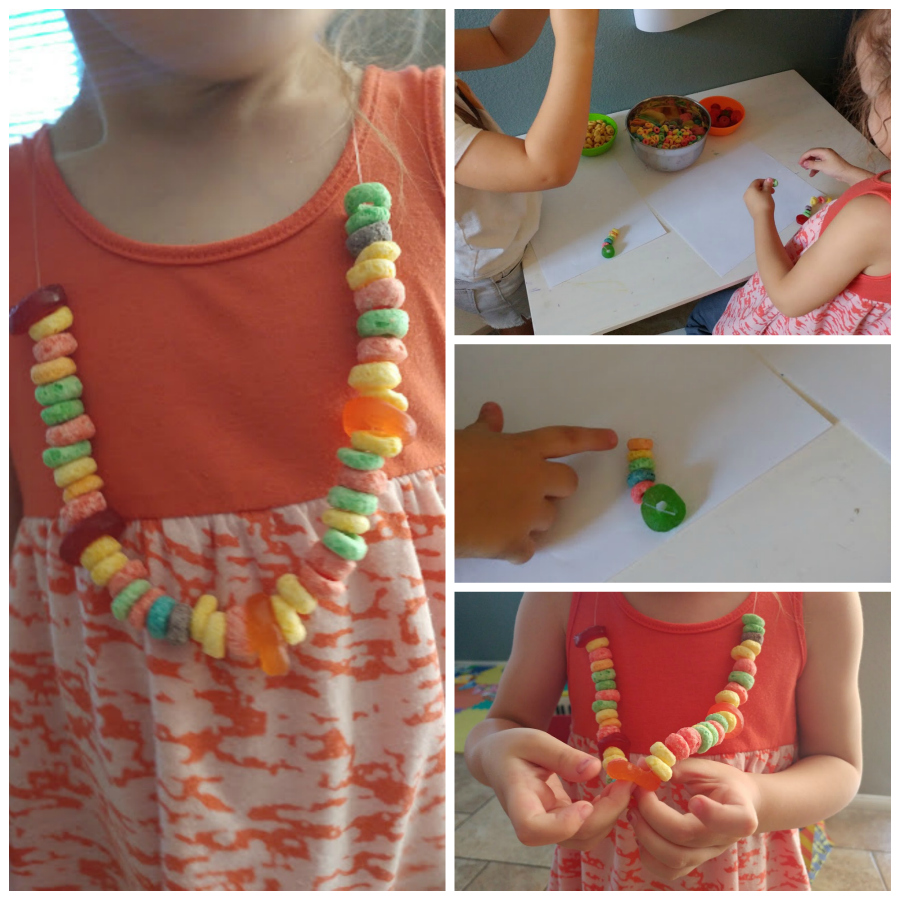 Since G is a super-experienced theater goer (she has seen a grand total of ONE movie at the theater), I tasked her with preparing her little sister with what to expect.  As we were on our way to the movie, I asked G what she remembered about the theater.  She said, “It was loud!”  I knew this would be the thing she remembered the most – she had a hard time with it.  If you have a kid who really struggles with loud noises (like mine), you might want to consider getting some ear plugs for the movie theater – seriously, I life-saver!

With a little bit more prompting I got G to share the “rules” for the theater with her sister.  I think G felt like she made up the rules – this made her more likely to follow them! But really the “rules” are just things to be aware of before going to the theater:

Preparing W ahead of time with these things that can create anxiety made her adjust quicker to the situation.

Another simple tip for making the first time movie-going experience better is to choose a movie the kids are familiar with.  We took our girls to the summer movies for kids that are discounted.  They are second-run movies and we picked a movie our girls had already seen.  This helped them to know what to expect in the movie.  The first time we took G to the movie, it was a completely new experience and we went through the gamut of emotions during that hour and half – if we had already been familiar with the movie, it would have been an easier (and probably tear-free) time for her.

Funny story about kids and movie theaters;  If you enter the theater after the movie has started and the room is dark, watch them try to step from the aisle into the row.  It is HILARIOUS!  The row of lights that delineates the aisle creates an optical illusion for them that makes them think they will be stepping down into the seating row.  Since there is not a step down, they look like they are attempting to walk on the moon for a moment, until they realize the ground is level.  HA! HA!