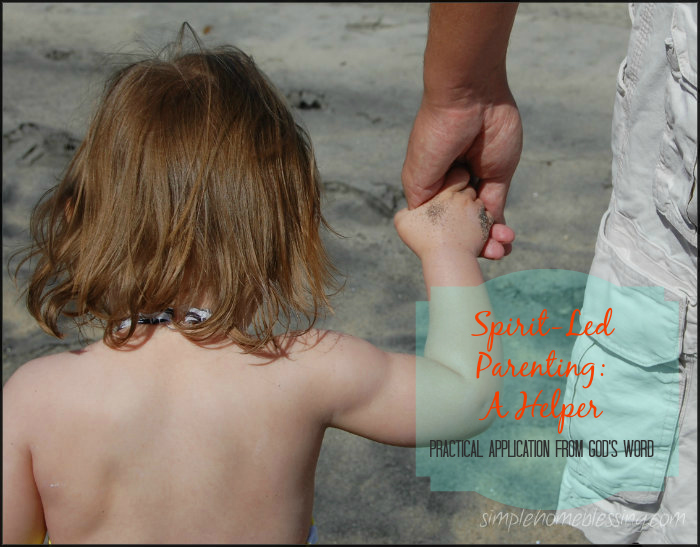 Sometimes God has a way of hitting me over the head with a truth from His Word!  Does that ever happen to you?  It seems to happen to  quite often in relation to parenting.  God is sanctifying me by giving me the opportunity to serve my daughters as we raise them trying to point them to Jesus.  And sometimes, I seriously fail!  And sometimes, I have those lightning bolt moments where there is a connection made, a wall broken down, a new understanding  gained.

I am in the midst of co-leading a Bible study on Romans 6-8 – the topic of sanctification.  And we just finished observing and interpreting chapter 7 (yeah – the difficult chapter).  I watched the video of Kay Arthur teaching on the chapter twice (once in preparation and once in class) and God impressed upon me one of the illustrations Kay used regarding the first 6 verses of chapter 7.  God’s Word here says:

Therefore, my brethren, you also were made to die to the Law through the body of Christ, so that you might be joined to another, to Him who was raised from the dead, in order that we might bear fruit for God. For while we were in the flesh, the sinful passions, which were aroused by the Law, were at work in the members of our body to bear fruit for death. But now we have been released from the Law, having died to that by which we were bound, so that we serve in newness of the Spirit and not in oldness of the letter. (NASB)

And Kay illustrated it by talking about being married to Mr. Perfect.  She was once married to a man she felt like she could never please because his standards were so high, and he was so exacting.  She likened her first marriage to being married to the Law (except the Law is actually perfect).  She fell short of his standard just as she falls short of the perfect standard of God’s Law.  And then one day she died!  She was so relieved – she was no longer bound to the standard of the Law.  And she was remarried to Christ.  She was so happy to be married to him and she imagines a conversation with a friend regarding her new husband.  The friend asks, “I bet you can do whatever you want.”  She replies, “Oh, no!  His standard is just as high as the Law.  He is just as perfect and righteous as the Law.”  But she went on to say that the difference was made in that Christ “helped” her to keep His standard.  He sent His Holy Spirit to enable her to keep the law and walk in newness.

I loved this illustration because of some of the same observations I made in my study, but it became all the more real and clear to me the next day as my daughter was having a tantrum and rebelling against doing an incredibly simple task I asked her to do.  As she sat on the floor wailing, saying, “I can’t do it!” it struck me – SHE NEEDS HELP!

The thing I was asking her to do was not too difficult for her.  It was not a time-consuming task.  It was not beyond her ability to easily do it.  She just did not like that I was telling her to do it – demanding that she do it before she did other things.

But the doing of the task was so much easier in her mind if she had help.  Just as I realized this was a real life illustration of God’s Fatherly heart toward his children, I was convicted that this was the solution to the problem.  I simply offered her the help she “needed.”  She immediately got up off of the floor, walked over and completed the task with me.  It was a two second act of obedience that demonstrated to me just how much I need the help of the Holy Spirit.  And just how much she needs Him, too!

I did not lower my standard or expectation of her obedience to do the task, but I offered myself as a servant to her needs in order to help her meet the standard.  Just as Christ lowered Himself and offered Himself as a servant, met the standard I could not, and then sent the Holy Spirit to help in the places I am weak (that would be all places!).

Now, if I could just hold onto and grasp this lesson for the times I am impatient with my kids!  But today, I am humbled and more compassionate to the needs of my little ones.  And thankful that He is not finished yet with me!